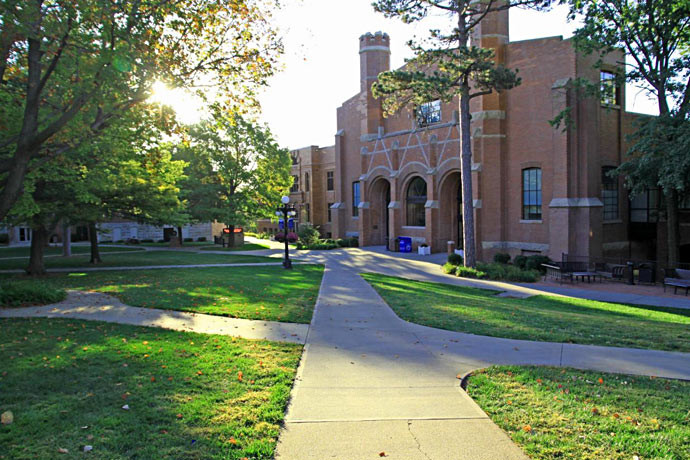 Peru State College is a public four-year liberal arts institution located in Peru, Nebraska, in the Midwest region of the United States. Founded by members of the Methodist Episcopal Church in 1865, making it the first and oldest institution in Nebraska, it would undergo several name changes before receiving its current name.

The college is organized into three schools, each supporting a different set of majors, including a graduate program, plus an extensive online education program that is credited with the college’s most recent successes. It occupies over twenty buildings on a beautiful 104-acre campus known as the “Campus of a thousand oaks”.